This has been sitting in my draft folder and was never posted. Hmmm...maybe it's time to post it!

New Year’s Eve morning, I woke the family up around 5 am to get ready for a 6 am drive over to San Francisco. We loaded up the van with tent, sleeping bags, extra blankets, food for the family and food for me. After we were on our way, I tried to sleep while my wife drove. I dozed in and out worrying about if I remembered all the stuff I needed for my race and trying to focus on one thing “just keep moving.”

We arrived at Chrissy Field about 8 am which was plenty of time to set up our mini-camp and get me checked in. I ate a 33Shake Chia Gel as a breakfast and pre-race starter to get my stomach working on some fuel. I paced around the start/finish line area awaiting the start of the race. I took off my XeroShoes Amuri Venture to get my feet acclimated to the ground temperature. I had a couple long sleeve shirts, my running hat and gloves on which would hopefully keep my feet warm by “overlayering” my core and head. 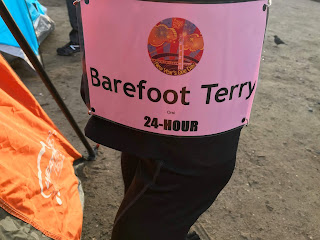 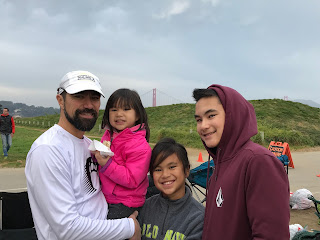 The director started the race and we were off! There was a little bit of a rush, most likely the first group of 6 hour runners, which I intentionally tried to stay away from knowing that it was going to be a very long day.

As I came off the paved path on the south side of the lagoon and onto the dirt path, I noted that the gravel was a little tricky. Upon reaching the bay side of the course, the gravel became a bit more treacherous. This was going to be tricky. (More specifics about the gravel to come…)

Eventually, I fell into a trot with another runner and started chatting about various things. I answered the usual questions about barefoot running - how long I’d been doing it, what my race strategy was, how long did it take me to transition? I also discovered that ultramarathon man, Dean Karnazes, was supposed to be racing - although no one had seen him yet. I joked that it was because he was still running over from somewhere else to the race as he has been known to do.

After a few laps, I broke off from the other runner to refuel with another Chia Gel and a little bit of Tailwind Nutrition drink and hit the restroom. I headed back out on the loop - again. My family was hanging out for the first few laps, but eventually headed off to hike over to the Palace of Fine Arts to do a little sight-seeing.

Coming around for the 5th or 6th time, I was noting that my feet were getting tender from all of the negotiation on the gravel path. I made a tough decision - this race would not be done pure barefoot. I threw on my injinji toe socks and my XeroShoes Amuri Venture and headed back on the course. As I came around the loop again to the gravel section, the sandals made a definite improvement in my comfort level. However, after a handful more laps, I realized the damage had been done. I was feeling a particularly sore spot on the ball of my left foot. As I passed my base camp, I instructed my “crew” (translate kiddos) to get the moleskin and athletic tape out for my next lap. As I came in, they had what I needed ready. I sat down in a camp chair and cut off a section of moleskin, attached it to the ball of my foot and taped over it to fully secure it. While doing so, I noticed there was a visible bruise about the size of a nickel. Not good. I got back onto the course and continued my laps. 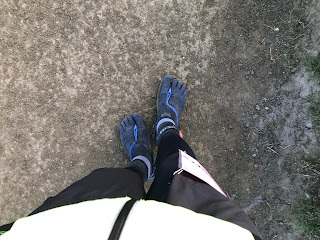 And so it went around and around occasionally switching direction to change it up. I’d stop about once an hour to grab something to eat - for the first 4 hours it was 33Shake Chia Gels. However, after about 1 or 2 pm, my body told me it was done with the Chia. There was nothing specifically wrong - I didn’t have any stomach issues or other concerns - I just didn’t want to eat them. So, I switched to pretzels with peanut butter and continued taking sips of Tailwind Nutrition every hour. I only carried a bottle with me for one lap, but becoming quickly annoyed with my water belt I dumped my belt at my base camp and opted to drink whenever I came into the aid station.

By mid-afternoon, I realized that my bruised foot was causing me to alter my stride just slightly enough that my left knee was beginning to hurt. It seemed to be a similar pain to what I had last summer. I put a little tape across my knee cap to encourage my knee to track properly. This helped some for the duration, but there was always a slight pain in the knee for the entire race. Due to this discomfort, I began slowing down and walking a portion of each lap. I told my wife that I thought the 100-mile goal was gone. She was encouraging and said that it wasn’t gone yet. My pacing chart had tracked out to 107-112 miles, so even though I was slowing down, I hadn’t crossed the threshold of less than 100 miles.

By late afternoon, I had slowed significantly. I informed my wife and my parents that it was looking more like 80 miles and a 100K belt buckle finish. My dad gave me a few encouraging words before they left for home that evening.

I continued on lap after lap. For roughly the first 12 hours of the race, I tried not to focus on what lap I was on. My focus was to just keep moving and try to run/jog when I could. Around 8 or 9 pm, my daughter joined me for a handful of laps. She would run ahead and then walk as I tried to catch up. After the 3rd or 4th lap, she got cold standing around the tent and went off to bed. 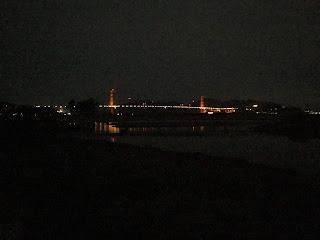 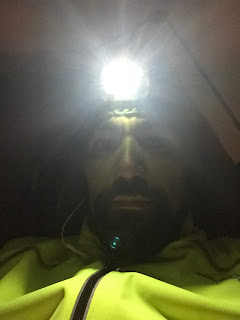 Around 8 pm I started taking short 5 minute “rests.” I would sit down in my camp chair and tell my son to set his timer for 5 minutes. I would close my eyes and try to doze. Usually I would hear the chatter around me for 3 or so minutes, then I would slide off to sleep when my son or wife would say “Dad, time's up.” Then I would climb out of my chair and start trotting off to the start/finish line and get moving on the course again. This worked well every 1 ½ - 2 hours. The first couple would take me from groggy to an alert state even if I only dozed for a minute. After about 4 of these naps, around 2 am, I noted that it was getting more difficult to get up out of the chair and get moving again. I also was now close to cut-off for a 100K finish. I decided that these cat-naps were not helping as much as they were going to hurt my time and body (getting stiff and sore). I did some rough calculations in my head and decided I had to keep moving as much as possible with the exception of refueling and restroom stops. 100K was going to be close!

I’ve heard stories about people hallucinating on long endurance races and I’ve done a little bit of "sleep running" while pacing at Western States at 2 or 3 am. However, I have never had any truly bizarre experiences until this race.

The bizarre visions started around 4 am. In the low light of a full moon and my fading headlamp, while running across the dirt path section of the course, the gravel and dirt formed an image of parquet flooring. The ground looked completely flat and glass-smooth. The gravel formed the angular zig-zag pattern found in wood flooring. While looking down at the ground, I had a difficult time figuring out what I was looking at.

Around 5 am, the angular gravel formed peaks and the dirt between looked like canyons. The ground became very 3-dimensional with cavernous drops between the rocks and sheer cliff like rises among the gravel. It was getting really weird and I couldn’t understand what I was seeing.

By 6:30ish, the sun had started to rise and it was then that I could finally decipher what I was looking at. During the day, I had not really paid much attention to what the gravel looked like - only that it had hurt like hell on my bare feet. Now in the growing light of dawn, I could see the individual rocks were like rectangular prisms embedded in the dirt, but the dirt was washed-out in between the rocks creating the crevasses of 5 am. What a wild experience! 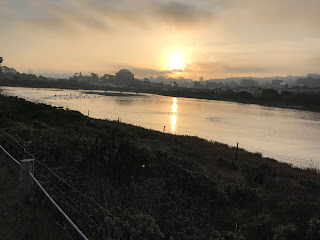 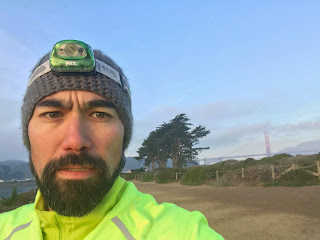 In the final hour and a half of my run, I dug deep to get my final couple of laps. Everyone on the course was cheering each other on. I needed 59 laps to get 100K. By 7 am, I had about 57 laps and knew that I would get my buckle. I just kept trotting along, still mostly walking. At about 8:05 am, I crossed the start/finish line for the 59th time. I confirmed with the race official that I had completed 100K. I could have pushed on for another 55 minutes for another lap or two, but I was hurting and sore. I stripped off my timing chip and handed it in at the table. 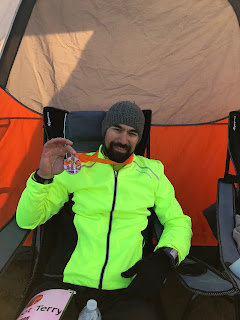 My family had already begun tearing down our camp and I waddled over to our van and stripped off my cold/wet shirts and put on a clean shirt. I began shivering uncontrollably about 10 minutes later and had to wrap myself in a blanket and sit in the car as our gear was packed in. I was back to normal about 20 minutes after that and we started our trek home.

Stay tuned for Part II for my post-race reflection.

Terry Orsi
Northern California
I'm a barefoot runner. I've been running barefoot since January 2010. I ran my first barefoot race in May 2010 (5K). Since then I have run a a barefoot 10K trail run and two barefoot half marathons. I finished my first barefoot ultramarathon, the Skyline 50K, in August 2011. I completed the American River 50-mile Endurance Run in April 2013 mostly barefoot. My longest run to date was 100K at the New Year's One Day race in San Francisco on New Year's Eve 2017-2018.